33 people died and 492 others sustained injuries of varying severity at the national level between July 8 and 10, according to a report issued by media services of Civil Protection General Directorate.

The heaviest toll was recorded at the level of Constantine, with the death of 11 people and the injury of 13 others, with injuries of varying severity, as a result of a collision between a truck and a bus transporting passengers.

National Gendarmerie announced in a new toll this morning that 18 people died and 11 others were injured in the same accident.

In the Province of Adrar, 9 people died and another was injured in a collision between a truck and a car, followed by a fire in Bordj Badji Mokhtar.

First aid was provided to the wounded at the scene, and then transferred to local hospitals by civil protection personnel.

Civil protection services also intervened to put out 3 different urban fires in the provinces of Setif and Tlemcen.

These interventions made it possible to put out these fires and prevent their spread to the rest of neighboring places.

With regard to the forest firefighting apparatus, in the last 48 hours, 04 forests and bush fires, 05 crop fires, 04 grass fires, 04 hay belt fires were recorded, destroying 2 hectares of forests, 2 hectares of bush, 17 hectares of wheat, 24 hectares of herbs, 1690 bundles of hay and 12 palm trees.

Concerning the activities related to the prevention of the spread of Coronavirus, during the same period, civil protection units carried out 71 awareness-raising operations across 17 provinces (79 municipalities) for the benefit of citizens, urging them and reminding them of the need to respect quarantine rules and social distancing.

Civil Protection services also carried out 50 sterilization operations across 13 provinces (32 municipalities), through public and private facilities and structures, residential complexes and streets, where the General Directorate allocated for these two operations 300 civil protection agents of various ranks, 58 ambulances and 22 fire trucks, with 13 security devices in quarantine venues in the provinces of Algiers, Constantine, Oran, Boumerdes, Tipaza and Ain Defla for arrivals from outside the country. 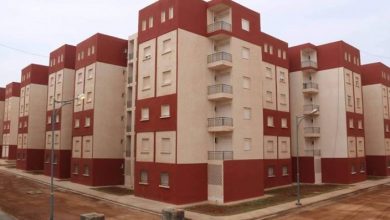 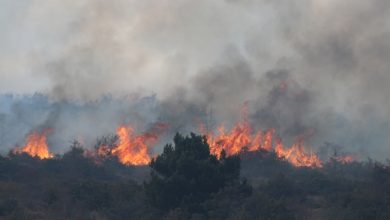 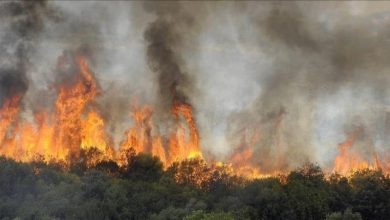