Ministry Delegate in charge of knowledge economy and startups aspires to create about 1500 startups by the end of the current year, according to a statement, made on Thursday, in Blida by the Minister Delegate to the Prime Minister Oualid Yacine.

Oualid Yacine told the press, on the sidelines of a working visit that led him yesterday to the province of Blida, that his ministerial department currently counts more than 600 startups, expecting the number to increase by the end of the current year to about 1500 companies.

The same official added that the creation of more than 1500 startups by the end of the current year is a “realistic” goal, given that the ministry “focuses on the qualitative rather than the quantitative side,” noting that the difference between classic companies and startups is that the latter provide innovative services and added value to the national economy.

The Ministry, he went on to say,  has created an electronic platform to enable company owners and even startup owners who have not yet obtained a trade register to register themselves.

The Minister Delegate also evoked the various facilities that have been approved to support the owners of these companies, as well as young people wishing to set-up similar companies, whether from the organizational or financing side, given that these startups cannot be financed through bank loans.

Oualid Yacine says that among these incentive measures, we find the approval of many tax exemptions, as the implementation decree of these exemptions was approved last week, in addition to the creation of an investment fund for startups to facilitate their financing, noting that many of them benefited from the services of this fund.

An accelerator for these startups according to international standards has also been established based here in Algiers to this effect, and it is expected to open branches in the future in several provinces, including Blida, according to the minister.

The startups specialized in the digital machinery industry located in the municipality of Boufarik was the first stop as part of the minister’s visit, who expressed his admiration for the idea of ​​the project, considering it as a model for projects that would give an added value to the national economy and put an end to the technological dependency of foreign countries and ensure access to after-sales services in a short time, notably those related to maintenance services. He then visited an incubator for private businesses in the municipality of Blida, run by a group of young people and another startup in the municipality of Ouled Yaïch specialized in digitization.

The minister concluded his visit to the province with a meeting with students and owners of these startups at Saad Dahlab University, where he listened to their concerns, which related especially to the problem of transferring hard currency abroad as part of their transactions with their customers and administrative problems such as obtaining the trade register. 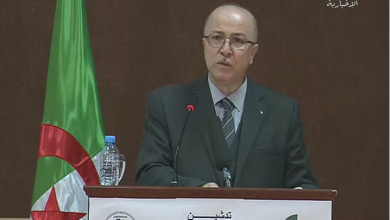