A tide of supporters from the different provinces of the country poured into Blida on Tuesday to encourage the national football team set to face Cameroon this evening from 8:30 pm at the Chahid Mustapha-Tchaker stadium as part of the play-offs (second leg) of the 2022 World Cup in Qatar.

As in all the matches played of the national football team in this stadium, especially the decisive ones like tonight’s, which is the last step to qualify for the 2022 World Cup in Qatar, a tide of fans has flooded on Blida from the first hours of the day. Decorated with the national flag and singing national songs and others to the glory of the national team players and Coach Djamel Belmadi, these supporters come from all over the country.

At dawn, fans were already lined up around the stadium in long queues before the stadium doors opened, although this was scheduled for 12 noon, according to the Directorate of Youth and Sport. However, according to reports, the stadium could be opened earlier due to the continuous flow of fans.

Various public car parks and those of the towns and large commercial surfaces are filled with vehicles registered in different provinces of the country, such as Constantine, Batna, Oran, Adrar, Bouira, Tlemcen, Biskra and Béchar, whose citizens have made a long journey to cheer the national team and share the joy of victory with their compatriots from different provinces.

In this regard, many supporters, met by APS around the stadium, said that after buying their tickets on Sunday, they decided to stay in the City of Roses until the day of the match, to attend the crucial game. Such is the case of a young man of 20 years old, from Annaba, who came with his two friends, and who are all optimistic about the chances of qualification of the national team to the 2022 World Cup in Qatar, chances increased by the strong presence of supporters which constitutes, according to them, an additional motivation to snatch this victory.

In view of the strong attendance of supporters and the closure of several roads, in application of the decision of the Directorate General of National Security (DGSN), in anticipation of this match, several streets and roads of the city of roses, including those leading to the two municipalities of Ouled Yaich and Beni Merad are experiencing great traffic jams, despite the measures taken by security services to smooth road traffic.

A major security operation was deployed around the stadium and on the various roads leading to it for the match.

For its part, the regional command of the National Gendarmerie (GN) of Blida has drawn up a security plan providing for the establishment of fixed and mobile devices across its territory of authority, with the securing of various towns and roads, such as the East-West motorway, or the national roads RN 1, 4, 29, 42 and 69, taking into account the large influx of fans from different provinces of the country.

This security plan also provides for the deployment of patrols and checkpoints, in addition to the establishment of a security mechanism at the railway stations of Beni Merad and Blida, said the communication cell of this body.

For its part, the Directorate of Civil Protection has set up a security and health arrangements in anticipation of this match inside and outside the stadium, to ensure the health care of fans, reports the information cell of the body. 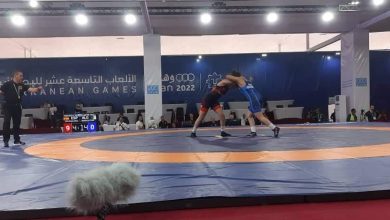