Algeria has expressed its full solidarity with the Republic of South Africa following the devastating floods that caused great losses in the country, according to a statement issued by the Ministry of Foreign Affairs and the National Community Abroad.

A press release issued by the Ministry of Foreign Affairs and National Community Abroad said, “Algeria is following with great sympathy the plight of the brotherly people of South Africa, following the devastating floods that caused great human and material losses in the country.”

Expressing its full solidarity with the Republic of South Africa, Algeria extends its deepest condolences to the government, people and families of the victims in this brotherly country, the same statement added.

Finally, the communiqué affirmed that “in these difficult circumstances and in accordance with the spirit that characterizes the historical and fraternal relations between the two brotherly countries and based on mutual solidarity and solidarity, the President of the Republic, Mr. Abdelmadjid Tebboune, who is following the situation personally, expresses Algeria’s desire to provide the necessary support for South Africa. The President also salutes the efforts of the South African people and government, under the leadership of President Cyril Ramaphosa, in facing the challenges posed by this great ordeal.” 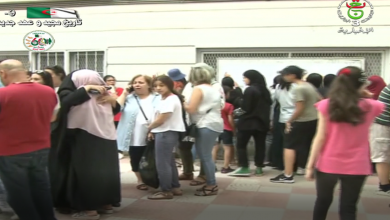 Eight million children at risk of dying from malnutrition