The Arab Monetary Fund expects Algeria’s economy to grow by about 4.5 percent during 2021, according to its 15th report on “Arab Economic Prospects”, which was recently published on its website.

The report indicated that the year 2021 witnessed a “remarkable recovery” in a number of Algerian economic sectors, including “industry, construction, public works, irrigation, non-marketed services and hydrocarbons.”

He linked this recovery to the recorded rise in world oil prices and investments in the hydrocarbon sector, on the one hand, and to the vaccination process against the emerging coronavirus (Covid-19), which “will allow the full resumption of various economic activities”, on the other hand.

The report also considered that the Algerian economic growth “benefits from the adoption of a number of supportive economic policies, such as the program for reviving the national economy and the special program for refinancing developed by the Bank of Algeria with the aim of supporting the program for reviving the national economy, which will continue until the first half of 2022, as well as from the gradual openness to foreigners at the level of airports, ports and transportation, following the remarkable development in the field of pandemic containment during the year 2021.”

The fund expects the Algerian economy to continue growing next year, but at a slower rate than 2021, at a rate of 2.9 percent.

It also expected “high levels of oil production in Algeria in light of the Algerian Oil and Gas Company (Sonatrach) announcing at the beginning of 2021 its intention to increase oil production levels by developing the current fields within the framework of a five-year plan with investments estimated at 40 billion dollars.”

The forecasts for the growth of the Algerian economy, revealed by the Arab Monetary Fund, are more optimistic than the expectations of the International Monetary Fund, which expected Algeria to grow by 3.4 percent in 2021. 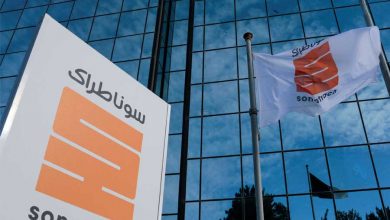