The police force of the administrative district of Bir Touta has overthrown a group of criminals for a vehicle theft case after sane individuals were detained inside their house, according to a statement issued by the Communication and Public Relations Cell in the security services of the povince of Algiers.

The same statement added that “the case that took place under the permanent and continuous supervision of the regionally competent prosecution enabled the squad members to arrest five (05) suspects, with the return of stolen property and the seizure of (270) narcotic tablets.”

The same statement indicated that, “After completing all the legal procedures, the suspects were presented before the Public Prosecution Office of the case of forming an association of evil people for the purpose of preparing for the felony of theft described in connection with the circumstances of stubbornness, climbing, breaking, detention, beating and intentional wounding with cold steel, with incitement to life of a child, vehicle robbery under threat with its retrieval and concealment of stolen items, possession of psychotropic substances for the purpose of trading.” 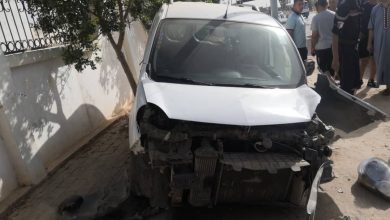