The Adviser to the President of the Republic in charge of national memory, Abdelmadjid Chikhi, indicated today, Saturday, in Oran, that late Algerian-Iraqi physicist Abdel Kadhim Al-Aboudi devoted his whole life to the file of the nuclear explosions of colonial France in the Algerian desert.

Chikhi said in his intervention on the fortieth day of the deceased, organized by the Foundation of the public newspaper “Al-Jomhouriya”, that late Professor Abdel Kadhim Al-Aboudi “devoted his whole life to working hard with regard to a dangerous, important and accurate file, which is the file of the French explosions in the Algerian desert.”

He added: “Since I accompanied Al-Aboudi for the first time to Reggan, with late Said Abadou, who was behind the reactivation of this file, and we saw the effects of the remaining explosions on the surface of the earth, I realized that we are in front of a person who can be counted on to enrich this file, make it known and deal with it.

The Adviser to the President of the Republic, in charge of national memory, called on researchers in this field to continue working “with the same perseverance and will” to shed light on the facts related to the French nuclear explosions file, promising to organize a symposium on the works of late Abdel Kadhim Al-Aboudi.

The symposium on the fortieth day of late physicist Abdel Kadhim Al-Aboudi was attended by the provincial authorities, university professors, representatives of civil society, colleagues of the deceased and members of his family.

The participants praised the deceased’s qualities and his love for Algeria, where he lived since the seventies, and his contribution to enriching the university in research and teaching, as he left many research and studies in nuclear physics, including two books on French nuclear explosions in the Algerian desert, as well as books on the use of weapons of mass destruction in Iraq and Palestine.

The deceased, who died last May 4 in Oran, holds a Phd in nuclear physics, another in chemistry and a third in philosophy, and was among those who demanded urgent compensation for the victims of the French nuclear explosions, whose effects continue throughout time and places.

It’s worth noting that, on this occasion, the family of the deceased was honored by the province of Oran and also by “Al-Jomhouriya” foundation. 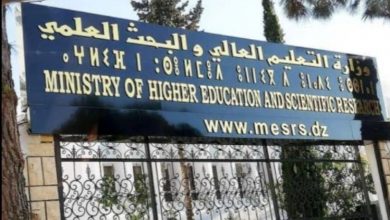 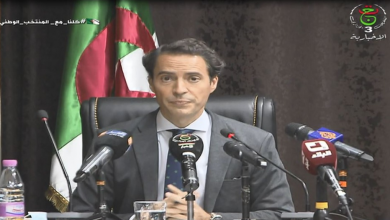 Algeria, NATO’s “essential” interlocutor in the fight against terrorism