Minister of Foreign Affairs and the National Community Abroad, Ramtane Lamamra, affirmed that Algeria grants special importance to the partnership as part of the Cooperation Forum with China, stressing that the latter is a “friendly country and strategic partner”.

In a speech during his participation in the eighth ministerial session of the Forum on China-Africa Cooperation, held in the Senegalese capital, Dakar, Mr. Ramtane Lamamra said that “Algeria grants a special attention to the partnership related to the Cooperation Forum with China, a country considered a historical friend and a strategic partner, and which was among the leading countries to support and assist African countries to get rid of the yoke of colonialism and to promote and develop our continent.”

He pointed out that “Algeria has strong historical relations with the People’s Republic of China, which were deeply rooted during the glorious liberation revolution to which our Chinese friends provided political and military support.”

Mr. Lamamra considered that the holding of this session under the title “Deepening the China-Africa Partnership and Promoting Sustainable Development for Building a Community with a Shared Future between China and Africa in the New Era,” reflects the spirit of solidarity and the strong common will to develop sustainable and long-term Africa-China cooperation.

He noted that China-Africa cooperation, which has witnessed rapid development in various fields since the forum was established in 2000, “has made our partnership an example in the field of international cooperation.”

In this context, the head of the Algerian diplomacy “highly appreciated the efforts of the Chinese authorities in allocating funds in various forms for the benefit of projects in African countries.”

He added, “I express my country’s satisfaction with the progress made in implementing the work program of the Forum on China-Africa Cooperation 2019-2021, which has allowed the strengthening and promotion of cooperation between the two partners in accordance with the principles of sincerity, friendship and equality enshrined in the Joint Political Declaration of the third summit of our forum held in Beijing, in September 2018, despite the restrictions caused by the spread of Covid-19 pandemic.

In this regard, Mr. Ramtane Lamamra indicated that “at a time when the Covid-19 pandemic has undermined the spirit of solidarity between countries and national selfishness has grown, we appreciate and commend the solidarity shown by China with our continent to face-up to this pandemic, through the valuable assistance it provided to many countries in order to strengthen their capabilities to deal with this virus and provide vaccines.”

The Minister of Foreign Affairs praised China’s partnership with some African countries to produce vaccines in their countries, “similar to the factory that was inaugurated in Algeria, at the end of last September, which started production and can meet a significant part of the needs of our continent.”

Meanwhile, Lamamra highlighted that the issue of environmental protection and, in particular, combating climate change “is a concern for the African continent, which suffers from the consequences of this phenomenon on the ecological system and on economic sectors, especially agriculture, which is the source of livelihood for a large segment of our peoples, even though our continent’s responsibility for climate change is almost non-existent compared to that of industrialized countries.”

The head of the Algerian diplomacy stated that the peace, security and development tripartite is inseparable, “and it is an equation that requires the adoption of a comprehensive approach that combines the establishment of security and the revival of development, just as the goals and aspirations of the African Union’s Agenda by 2063, which aspire to address the deep causes that threaten security and peace and lead to violence and the spread of conflicts and hotbeds of tension on our continent.”

He added, “There is no doubt that the Forum on China-Africa Cooperation has an important role in the post-Corona world, not only in financing investment projects, but also in African countries needing China’s expertise and support in order to achieve this development agenda.”

The Minister of Foreign Affairs and the National Community Abroad highlighted the efforts made by Algeria at the continental level, saying that “Algeria is working hard to make sustainable development at the heart of the cooperation process between Africa and China and the basis of our continental integration.”

In this context, the minister said, “Aware of the importance of strengthening economic integration in reviving sustainable development, the Algerian authorities have attached great importance to implementing development policies and economic programs with an integrated dimension, such as the 2,415-km trans-Saharan road, and the transit gas pipeline.” It is an Algerian-Nigerian project with a total length of 4,128 km registered under the NEPAD framework.

He also mentioned, “The Algeria-Abuja fiber optic project, a project within the framework of NEPAD, which will enable us to increase the use of information and communication technology”

These projects, which were associated with the entry into force of the agreement on the African Continental Free Trade Area, at the beginning of this year, according to the head of diplomacy, will also contribute to “stimulating trade between African countries and will open new horizons for our Chinese partners for new investments in our continent, which will bring profit and benefit to both parties.” .

Mr. Lamamra expressed his hope that “our regular, frank and fruitful dialogue on issues of cooperation and sustainable development in Africa will continue, and that cooperation within the framework of this forum will lead to the fulfillment of more ambitious projects that take into account the priorities of the African continent as contained in the African Union’s Agenda by 2063 and the strategies of national development and the sustainable development goals of the United Nations”.

It is worth noting that Mr. Lamamra, at the invitation of his Chinese and Senegalese counterparts, participated over two days (November 29 and 30) in the work of the eighth ministerial session of the Forum on China-Africa Cooperation held in the Senegalese capital, Dakar. 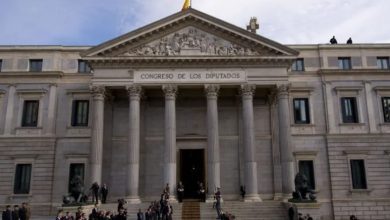