Communication Minister Ammar Belhimer affirmed, today, Saturday, Algeria’s determination to move forward with the consolidation of democracy and the promotion of the performance of national media to strengthen the system of rights.

During the award ceremony of the President of the Republic’s award for professional journalist at Palais du Peuple, Belhimer said that Algeria is “determined to move forward with the consolidation of democracy and the promotion of the performance of national media, in order to contribute to strengthening the system of inalienable and non-manipulated rights and freedoms.”

The Minister explained, on the occasion, that choosing the topic “Media between Freedom and Responsibility” for the seventh edition of the President’s Award for Professional Journalist is “a confirmation of the importance that our country grants to the promotion of press freedom, commitment to the principles of professional ethics and values, and respect for rights and freedoms as an honest, effective and responsible practice, and not just a hollow slogan.”

After extending his congratulations to the winners of the President’s Award for Professional Journalist in its seventh edition on the occasion of the National Press Day, the minister stressed that choosing the slogan for this edition “translates the correlation between the freedom of the journalist and his social and professional responsibility.”

On the same occasion, Belhimer recalled “the honorable struggles carried out by Algerian journalists and media professionals, especially during the hateful period of French colonialism and through the various stages of edification that our country has gone through,” praising at the same time all the positive contributions of the Algerian press, stressing “the state’s support for their efforts and its keenness to providing them with the necessary capabilities to perform their task in appropriate professional conditions.

At the conclusion of his speech, the communication minister stressed that the national press, aware of the challenges and the existing stakes, “will continue to work to address them and, as usual, play its role freely and responsibly especially with the approach of local elections as the last stop in the path of establishing constitutional institutions emanating from the will of the people and representing them with integrity and democracy.”

It is worth noting that the award ceremony of the President of the Republic’s award to professional journalist was attended by Speaker of the Council of the nation, Salah Goudjil, the Speaker of the People’s National Assembly, Ibrahim Boughali, Prime Minister, Minister of Finance Aïmene Benabderrahmane, the President of the Constitutional Council Kamel Fennich, and the Chief of Staff of the People’s National Army Lieutenant-General Said Chengriha, along with members of the government and the media family. 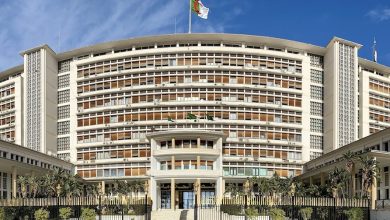 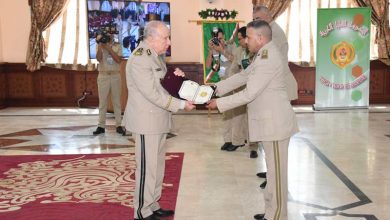