Public Prosecutor at the Court of Sidi M’hamed in Algiers requested a 10 year-prison sentence and a fine of one million Algerian dinars against former governor of the province of Tipaza, Moussa Ghalay, who is being sued on charges of corruption and granting illegal privileges to third parties.

He also requested that Moussa Ghalay be prevented from running for any election for ten years, effective from the first day of the expiry of his sentence.

As for Ali Bouamrirane, the former director of state property in the province, Public Prosecutor requested 6 years in prison and a fine of one million DA, also preventing him from the right to run for any election for a period of 10 years.

Regarding the other defendants, who are executives of the Ministries of Industry, Tourism and Environment and the province of Tipasa, the request against them ranged between 2 and 5 years in prison and a fine of one million DA for both of them.

In the same case, the Public Prosecutor requested that the three investors who obtained the projects in ways that were considered in violation of the legislation in force, be fined with one million dinars each with their exclusion from public tenders for a period of 5 years.

The public prosecutor also requested the confiscation of funds and real estate seized during the investigations into the case.

The former governor and the other people were charged with notably the charges of granting investments to third parties such as an investment project to complete an amusement park, a car parking, and a unit for storing vegetables and fruits on lands that were acquired illegally.

They were also charged with squandering public funds and exploiting the position to benefit from privileges and grant privileges to others.

It is worth noting that former governor of Tipaza, Moussa Ghalay, is currently in Kolea Prison after being convicted in August 2019 of 12 years in prison in the case of former Director General of National Security, Abdelghani Hamel, after his involvement in granting plots of land to one of the latter’s sons was proven. 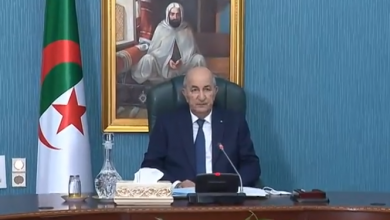