Last tribute was paid on Tuesday at the regional medical-surgical centre of the 1st Military Region to the martyrs of national duty who lost their lives in the crash of a military helicopter in the wilaya of Ain Defla, said a statement of the Ministry of National Defence (MND).

“The Commander of the Air Force and the Commander of the 1st Military Region paid, on Tuesday, a final tribute to the martyrs of national duty, Colonel Mourad Menari, Commander Moussa Mohamed Dahmani and Sergeant Oussama Cheboua, who lost their lives in the crash of a military helicopter during a training flight near the locality of El Attaf in the province of Aïn Defla,” the statement said.

They also “paid their respects to their memory, in the presence of officials from the Air Force Command and the 1st Military Region, before the remains were transported to their respective provinces, where they will be buried with military honours,” the same source added.

General Saïd CHANEGRIHA, Chief of Staff of the People’s National Army, receives in audience the Commander of AFRICOM,General Michael LANGLEY 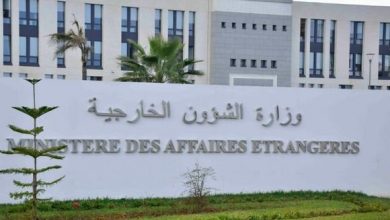 Council of the Nation: plenary session on Thursday devoted to oral questions to three members of the government