The friend of the Algerian Revolution, member of the National Liberation Army (ALN), Roberto Muniz known as “Mahmoud the Argentine” died, we learned on Saturday from the Ministry of Mujahideen and Rights Holders.

Imbued with the Algerian Revolution, the late Roberto, known as “Mahmoud”, joined the ranks of the ALN to take care of the technical aspect of the manufacture of weapons, before settling in Algiers, the day after the independence.

In this painful circumstance, the Minister of Mujahideen and Beneficiaries, Laïd Rebiga presented his sincere condolences and expressed his deep sympathy to the family of the deceased and his relatives in Algeria and in the friendly Republic of Argentina, as well as to all his Mujahideen comrades and companions of the Revolution, praying to the Almighty to welcome him to his vast paradise, and to lend his loved ones patience and comfort.

With the disappearance of this “symbol”, Algeria loses “a friend of the Revolution, a fierce militant and a great Mujahid”, affirmed the minister. 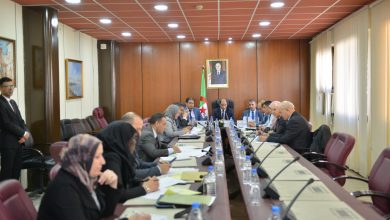