Nine oxygen generators were delivered Monday in Algiers, provided by private operators and associations as donations for the benefit of public hospital institutions in several provinces.

According to the Ministry of Pharmaceutical Industry in a post on its official Facebook page, this operation, which took place under the supervision of the Director of Control in the Ministry, Bachir Alouache, in the presence of the two members of the National Assembly, Moumen El-Ghali and Ahmed Latifi, falls within the framework of accompanying and supporting the Ministry of Pharmaceutical Industry for the initiatives undertaken by various institutions, bodies and associations at the local level in order to provide medical oxygen in response to the growing demand for this material. 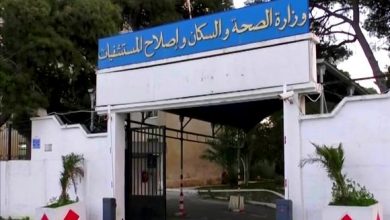 Launch of a guide to care for diabetes feet