Prime Minister, Minister of Finance, Aïmene Benabderrahmane, chaired yesterday, Thursday at the government palace in Algiers, a government meeting devoted to examining a preliminary draft of an organic law and draft (01) preliminary law, in addition to four draft executive decrees submitted by the ministers in charge of finance, justice, higher education and public works, according to a statement issued by the Prime Minister’s services.

According to the agenda, members of the government examined a preliminary draft of an organic law and draft (01) preliminary law, in addition to four (04) draft executive decrees submitted by the ministers in charge of finance, justice, higher education, and public works.

Moreover, a presentation (01) was made by the Minister of Public Works at the beginning of the meeting, and the government members examined a draft law on public-private partnership, prepared by the finance sector.

As part of the workshops scheduled in the government’s action plan, a preliminary draft of a law on partnership between the public and private sectors was presented.

The latter constitutes a new type of contractual relationship between the public sector and the private sector and is a promising alternative in financing economic and social enterprise projects, which would generate financial resources through its exploitation.

This draft law will be studied during an upcoming cabinet meeting.

After that, the government listened to a presentation by the Minister of Justice, Keeper of the Seals, on a preliminary draft of an organic law amending and supplementing Organic Law No. 98-01 of May 3, 1998, related to the competences, organization, and work of the State Council.

This draft text falls within the framework of conforming the relevant organic law with the new provisions introduced under the constitutional amendment of November 1, 2020, which established the Administrative Courts of Appeal, as the second instance of litigation in administrative matters.

This draft text will be examined during an upcoming cabinet meeting.

The government also heard a presentation by the Minister of Justice, Keeper of the Seals, on a draft executive decree specifying the modalities of registration and removal from the national list of terrorist persons and entities and their consequences.

This text comes in implementation of the latest amendment to the Penal Code, according to which the national system for combating terrorism and compromising national security and unity was strengthened, through the establishment of the National List of Terrorist Persons and Entities and the Committee for the classification of Terrorist Persons and Entities.

The establishment of these two schools, governed by Executive Decree No. 16-176 of 06/14/2016 defining the Model Basic Law for the Higher School, aims to enrich the network of national higher education schools and respond to the challenges of acquiring knowledge, innovation, and development of the food industry, as it will be a scientific structure supporting the food industry and capable of opening new horizons for the development of sustainable food agriculture.

Moreover, the government listened to a presentation by the Minister of Public Works on a draft executive decree providing for authorizing the public benefit of the process related to the completion of the dualization of provincial Road No. 233 over a distance of 6.3 km between the tunnel of National Road No. 36 of Ouled Fayet and the southern second road (Zeralda).

Finally, the government listened to a presentation by the Minister of Public Works on three (03) OTC project deals, with public operators, to launch works related to the modernization of National Road No. 6 linking Reggane and Bordj Badji Mokhtar. 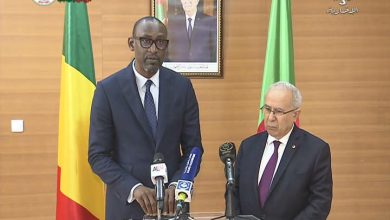