At least 114 people were victims of a food poisoning in the municipality of Cheria in the province of Tebessa after eating “pizza”, according to a statement made on Friday by the head of the provincial office of the National Organization for the Protection of Consumer Rights, Jaafar El-Wafi.

The same source explained that those who suffered the food poisoning flocked to the Public Health Institution in the municipality of Cheria throughout the day and until late at night on Thursday.

The victims, who were of different ages, were suffering from several symptoms such as nausea, abdominal pain, vomiting and diarrhea, according to what was stated by the same source who indicated that they had received the necessary treatment and left hospital.

The same sources added that the initial investigations carried out by the security services of the Cheria district indicated that the affected people had eaten “pizza” in two snack restaurants in the central municipality of Cheria. 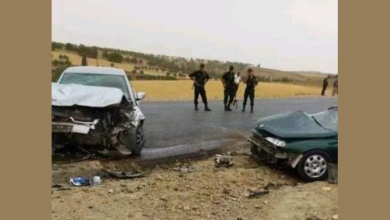 Traffic accidents: 61 people died and 1831 injured in a week