General Saïd Chanegriha, Chief of Staff of the People’s National Army (ANP), paid a working and inspection visit to Djelfa (1st Military Region) on Monday, where he supervised the ceremonies of inauguration of new fuel supply units reinforced by the ANP Battle Corps, said a press release from the Ministry of National Defense (MDN).

After the welcoming ceremony, the Army General, accompanied by the Commander of the 1st Military Region and the Central Directors of the Ministry of National Defense and the ANP General Staff, proceeded to the inauguration of the central establishment for the supply of fuel materials in Djelfa.

Thereafter, he followed “a detailed presentation on this sensitive establishment and the missions assigned to it within the fuel supply system of the various military units and formations deployed in the area”, before inspecting the various services, infrastructures and workshops that this establishment includes and to receive “ample information on the missions which fall to them”.

The Army General inaugurated the Fuel Techniques Training Center located on the same site where he followed “a presentation on the Center and its missions, particularly in terms of training, before inspecting its various educational and life infrastructures and to receive ample clarifications presented by the officials of the Center on all aspects relating to the area of ​​specialization”, notes the press release.

The Army General then went to the Regional Fuel Supply Depot where “he supervised the ceremony of its inauguration and visited its various annexes and infrastructures. He also inquired about its equipment and installations, before giving the personnel and managers of this unit firm guidelines and instructions relating to the imperative of preserving this vital asset, ensuring compliance with security measures and carrying out the missions assigned with seriousness and rigor”.

At the end, the Army General held a meeting with the executives and personnel of the three inaugurated units, where he delivered an orientation speech, at the start of which he emphasized “the importance that the High Command of the People’s National Army gives to fuel support units, which it has described as arteries that supply the Battle Corps with energy and whose management must be shrewd, while preserving it and by exploiting it with the necessary mastery and rationalism”.

“Wars were and still are wars of supply and resources, and victory would be reserved only for those who know how to organize these resources and get them, at the right time, to the various echelons of the forces, while tackling the rationalization of their management, their preservation and their operation with all skill and relevance”, he put forward.

As such, the High Command of the ANP grants to the Central Directorate of Fuels “the importance that befits it, in particular through the new achievements which constitute an important cornerstone able to contribute effectively to the permanent optimization of the readiness of our Battle Corps,” he said.

The Army General emphasized “the need to bring more integration of roles and synergy of efforts between the different types of forces and logistics structures with all its branches, in order to anchor the character of efficiency in performance, and to acquire the quality of constantly adapting to the operational requirements imposed by the field”.

“We have also been careful, as part of the growing development process of the National People’s Army, to bring integration to the roles and synergy of efforts between the different types of forces and logistics structures with all its branches, in order to anchor the character of efficiency in performance, and to demonstrate the ability to adapt judiciously and permanently to the operational requirements imposed by the field and by hasty or decided developments”, indicated the Army General.

“Success in this vital mission requires giving ultimate importance to the meticulous and objective definition of the real current and future needs of the People’s National Army Battle Corps. This success is also based on strict compliance with the standards of storage and security and protection rules, in accordance with the standards in force in this area”, he noted.

At the end, the Army General gave the floor to the personnel belonging to the three Units, to “express their concerns and present their suggestions”.

As such, they reiterated their “firm determination to carry out their sensitive missions with dedication and loyalty in the service of their country and their valiant people”.

At the end of the visit, the General of the Army signed the guest book of the inaugurated units, the press release concludes. 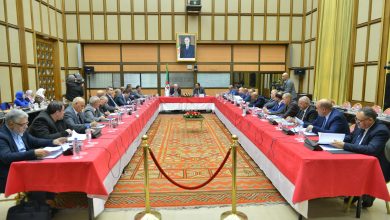 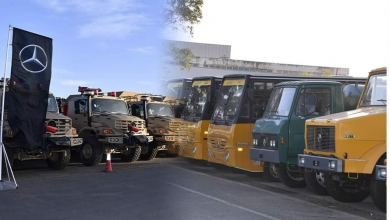 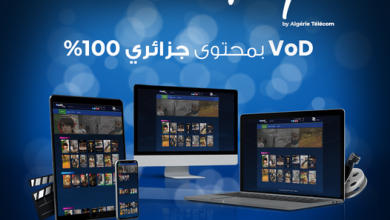