President of the Council of Nation, Salah Goudjil, affirmed that the question of the memory relating to the colonial period must be treated within the framework of State to State dialogue (Algeria and France), independently from groups and other circles, requiring an objective and non-cyclical reading of history.

“The memory issue has always been an important factor in relations between the two countries” and “a fair settlement of this heavy issue requires considering History in its true nature, that is to say a permanent process which could not be compartmentalized into periods as could not be the period of colonial occupation of Algeria from 1830 to July 5, 1962 “, indicated Mr. Goudjil in an interview with the newspaper L’Expression.

“This requires an objective and not cyclical reading of history which would be able to help the two countries to transcend the aftermath of the painful past”, he said, adding that the file must be treated “in a comprehensive manner.”

On this occasion, he paid tribute to the President of the Republic, Abdelmadjid Tebboune, who declared May 8, National Day of Remembrance, “so that the sacrifices of the chouhada do not sink into oblivion”.

Concerning the French side, he indicated that “President Macron had the courage to take important steps on the path of reconciliation of memories by saying that colonization was a crime against humanity and by showing a very receptive spirit and understanding, especially in relation to the Algerian request regarding the repatriation of the skulls of Algerian resistance fighters against colonial France “.

“But, it must be said calmly, (…) there is still a long way to go to achieve a total reconciliation of memories”, he maintained.

Nevertheless, he recalled, the work done by the French (report by Benjamin Stora submitted to President Macron) was limited to the period 1954-1962 overshadowing more than 125 years of degradation of the Algerian people, of genocide, acculturation and attempts to erase his identity, that is to say the period from 1830 to 1954 “, also eluding” many important questions, in particular that of the recognition of the crimes of colonialism and the question of apologies “.

Mr. Goudjil, in this sense, put forward the question of the French nuclear tests carried out during the colonization in the Algerian Sahara and the conditions under which they were carried out and which “continue to this day, to make their dramatic effects felt, as much on the population as on the environment “.

“These trials are flagrant after-effects of the French colonization of Algeria. They are also an integral part of the issue of memory which will continue to weigh on the relations between Algeria and France,” he stressed.

He further qualified these nuclear tests as “criminal”, imposing on France, “not only a duty of recognition and mitigation of the consequences on the Algerian populations, but also an obligation of reparation as has been done elsewhere.”

“This is one of the files which deserve recognition as a war crime and requires redress,” he said, adding that “this is not a single battle for a single file, but a global work which must lead to qualifying all colonialism as a war crime and to questioning this aberration relating to the benefits of colonialism. What benefits? ”he asked himself.

The President of the Council of Nation also referred to the massacres perpetrated by the colonial army in Sétif, Guelma and Kherrata on May 8, 1945, describing this crime as “a tragic episode which marked the genocidal policy of colonial France in Algeria”.

For Algeria, which will celebrate the 76th anniversary of these massacres on Saturday, “this sinister date remains engraved in letters of blood shed by tens of thousands of civilians who demonstrated peacefully and were killed in horrific massacres across several cities in the country “, he noted, adding that” these massacres remain anchored in the collective memory of the Algerian people because they demonstrate all the cruelty of colonialism and its innumerable violations of human rights, without this being recognized by its authors and its inspirers “. 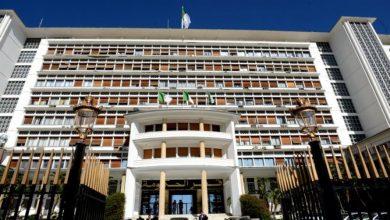 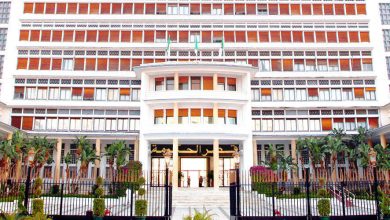