The government studied, during its weekly meeting held at the Government Palace, today, Wednesday, ways to raise the profit margins of the various stakeholders in the production, distribution and marketing of pasteurized milk packed in bags, according to a statement issued by the services of the Prime Minister.

During this meeting, which was chaired by Prime Minister Aïmene Benabderrahmane, the Minister of Trade and Export Promotion, Kamel Rezig, gave a presentation regarding the ways to take care of the decisions taken by the President of the Republic during the cabinet meeting held on April 10, 2022, related to raising profit margins for the various stakeholders, in the production, distribution and marketing of pasteurized milk packed in bags, while keeping its selling price to the consumer at 25 dinars per liter.

Also, during this meeting, a study was conducted on how to implement the new map for the distribution of milk powder and fortified milk in order to improve the supply of this substance to all municipalities of the country. 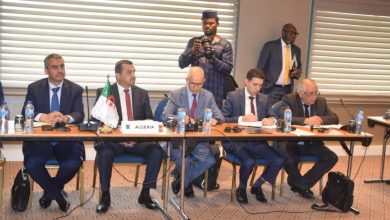