Minister of Foreign Affairs and the National Community Abroad, Ramtane Lamamra, held today, Sunday, talks with his Malian counterpart, Abdoulaye Diop, who is on a visit to Algeria as part of the periodic political consultations between the two countries, according to a ministry statement.

The talks focused on “strengthening brotherhood and cooperation relations between the two countries, as well as prospects for enhancing the implementation of the peace and reconciliation agreement in Mali stemming from the Algiers process, within the framework of the ongoing efforts aimed at working towards a successful transitional period in the Republic of Mali”.

The two parts agreed on the need to “continue joint efforts to intensify the Algerian-Malian partnership in various fields and re-establish bilateral cooperation mechanisms, including the bilateral strategic committee whose 18th session is scheduled to be held in Bamako, the Higher Joint Committee as well as the Bilateral Border Committee.”

Regarding the implementation of the Algiers Agreement, the two ministers welcomed the “encouraging” results of the second high-level decision-making meeting held in Bamako from 1 to 5 August, mainly related to the issue of disarmament, demobilization and reintegration as well as some aspects of political and institutional reforms.

In this regard, “the two heads of diplomacy set the date of the meeting of the follow-up committee for the implementation of the agreement, to be held soon in Bamako, under the chairmanship of Algeria.”

“In this regard, on behalf of the highest authorities of Mali, Minister Diop commended the personal commitment of President Abdelmadjid Tebboune in favor of peace and stability in Mali, reiterating his country’s appreciation for the effective solidarity expressed at all times by Algeria,” the statement added. 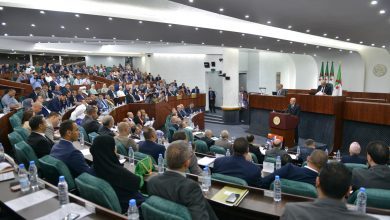 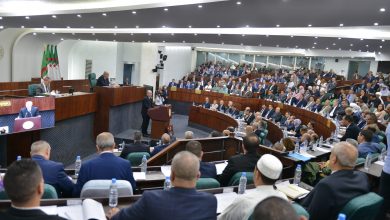