The Minister of Foreign Affairs and National Community Abroad, Ramtane Lamamra met, Monday in Algiers, with his Egyptian counterpart, Sameh Shukri, before the commencement of the Ministerial meeting of Libya’s neighbors.

“I would like to express my pleasure to visit Algeria once again, a brotherly country, and meet my brotherly counterpart, Mr. Ramtane Lamamra, with whom I have a true friendship. This has always been a support to the distinguished relations between Egypt and Algeria, based on the strong political will of both countries to take joint action in strengthening bilateral relations in facing the regional challenges, “said to the press Mr. Choukri following his talks with Mr. Lamamra.

The Egyptian top diplomat also thanked Algeria for “the initiative of resuming the action of the committee of Libya’s neighbors, to support the stability of Libya and its sovereignty and preserve the wealth of the Libyan people brother, ensuring its emergence from the crisis in line with the resolutions of the Security Council and the conclusions of the Forum of the Inter-Libyan Political Dialogue and the Conferences of Berlin 1 and 2.

The participation of all neighboring Libyan countries, heavily impacted by the situation in Libya, and who are interested in the situation of the brotherly Libyan people and the return of stability and security in this country, as well as the preservation of its sovereignty and its country, “will contribute to the achievement of all these objectives”.

“Egypt and Algeria will continue to closely coordinate in order to achieve this goal,” said Mr. Shukri who expressed his hope that this meeting and other successive meetings will enable Libyans “to get out of the crisis and their country to play its role on the Arab, regional and African scales. 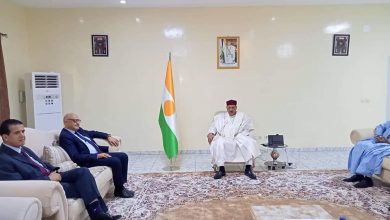