“On behalf of the President of the Republic, Supreme Chief of the Armed Forces, Minister of National Defense, Lieutenant General Saïd Chanegriha, supervised this Wednesday 10 November 2021, the official inauguration of General-Major HASNAT Belkacem, in the functions of Head of the Employment-Preparation Department ad interim”, said the Ministry of Defense in a statement.

The same source adds “On the occasion of the installation of the new interim head of this department, the Lieutenant-General gave instructions and guidance to the executives reporting to the Employment-Preparation Department for the People’s National Army, focusing on the need to continue efforts, and to demonstrate application, and to constantly strive to make the necessary improvements and the appropriate adjustments capable of consolidating the achievements recently recorded, in order to align with the security challenges prevailing in our sub-region and to serve Algeria and protect its major interests.

Lieutenant General Saïd Chanegriha urged them to show commitment, rigor and perseverance in the accomplishment of the assigned missions”, adds the ministry in its press release.

At the end, the Lieutenant General signed the minutes of the handover, the statement concluded. 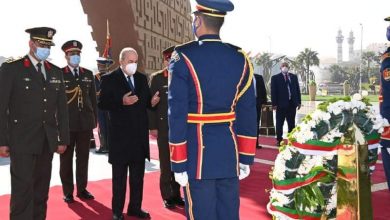