National Agency for Entrepreneurship Development and Support “ANADE” (ex ANSEJ) has approved 336 additional files for debts compensation of micro-enterprises in difficulty, amounting to more than 59 billion centimes, out of 500 files examined, said Saturday a statement from the ministry in charge of small and medium enterprises, which reported the continuation of the operation until the review of all applications is completed.

According to the same source, an eighth working session of the guarantee commission was held at the headquarters of ANADE, with representatives of the mutual guarantee fund and ANADE.

During this meeting, 500 files submitted by representatives of banks were examined and 336 were validated for the compensation of debts of microenterprises amounting to more than 59 billion centimes, within the framework of the new strategic axes defined for the re-launching of ANADE’s mechanism and the assistance to microenterprises in difficulty by ensuring the reimbursement of their debts or by re-launching their activities, depending on each case.

The Ministry indicated that 152 files were deferred, the companies concerned being in activity, in order to re-examine them and accompany them by re-scheduling their debts and plans to re-launch their activities on the basis of the agreements reached.

The ministry has indicated that the number of micro enterprises in difficulty, whose files were examined during eight sessions, amounted to 4,015 files. 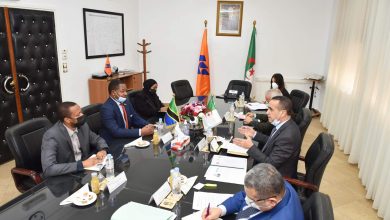 Tasili Airlines aims to raise its turnover to 13.8 billion dinars by 2026