Minister of Energy and Mines, Mohamed Arkab, supervised today, Saturday,  the reception ceremony of the vessel “Tolga” of the National Company for Marketing Petroleum Products (Naftal), in the presence of the Minister of National Solidarity, Family and Women’s Issues, the Minister of Labor, Employment and Social Security, the Minister of Transport and Public Works, the Minister of Health, Population and Hospital reform, the governor of the province of Algiers, the CEO of Sonatrach group and the CEO of Naftal group as well as executives from the ministry and the energy and mining sector.

The supply ship “Tolga” is the largest ship in the fleet of the National Company for the Production and Marketing of Petroleum Products Naftal, whose manufacturing works began in September 2019, at a cost of 17 million euros and a capacity of 4,500 tons. The ship will supply Algerian and foreign ships with marine fuel, whether at the port level or even at sea as it will become a source of hard currency.

The minister indicated that this vessel will transport petroleum products from one port to another, adding that the three ships will further reinforce energy security in the country, because it will ensure the transfer of oil products from east to west, and he explained that these ships will support the Naftal group, will benefit the domestic market and facilitate transportation and provision of petroleum products across the country.

Council of Ministers : Increase in purchase prices for soft and durum wheat from farmers 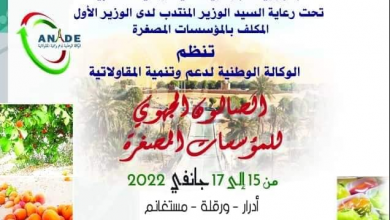