Minister of Industry, Mr. Ahmed Zeghdar, supervised Today, Sunday, at the Ministry’s headquarters the actual launch of the two systems of production lines and equipment that have been renewed, exemption from customs rights and value-added fees on imported components and raw materials or that were acquired locally by handlers in the course of their activities.

In a speech delivered by the Minister of Industry during the symposium, he stressed that these two systems fall within the framework of the policy adopted by the government aimed at creating an appropriate environment and setting incentives for the development and revival of the national economy and its diversification, as well as within the objectives set by the Ministry of Industry directed towards the development of the national industry through Supporting and accompanying institutions in order to improve their competitiveness and thus increase their contribution to the gross domestic product and replace imports.

This new legal framework, initiated by the Ministry of Industry, is based on a set of main axes represented in giving priority to the economic profitability in acquiring the renewed lines.

As for production equipment, an age-based standard has been adopted, so that it should not exceed ten (10) years from the date of its manufacture.

As for the second system related to the system of exemption from customs rights and the value-added fee on imported components and raw materials or that were acquired locally by handlers and producers in the course of their activities, it aims to create a set of small and medium enterprises that constitute a prerequisite for ensuring the development of the people of industrial activities and achieving integration leading to the valorization of national raw materials and raising the technological level to develop production and encourage scientific research and innovation.

Mr. Zeghdar called on the players in this field to intensify their efforts in order to establish a strong and sustainable industrial trading. He also called on major manufacturers and all economic dealers to bypass the stage of commercial relations and engage in a coordinated approach, in order to build a permanent partnership for the benefit of the national industrial space, in addition to contributing to the protection of national production, import substitution of spare parts and industrial components, and creating job opportunities and added value to the national economy. 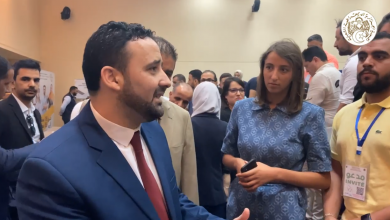