According to the statement, the meeting was “an opportunity for the two parties to review the overall bilateral relations and ways to enhance them in view of the political reforms initiated by the President of the Republic, Mr. Abdelmajid Tebboune.”

The two officials agreed, in this regard, “to schedule the eighth session of the high-level Algerian-Spanish meeting before the end of this year”. Scheduling this meeting will certainly “send a strong political signal to the economic actors in the two countries to engage with the utmost determination in deepening business and partnership relations between the two countries in light of the important legislative and organizational changes that is being operated in Algeria ”, the statement added.

International and regional political issues of common interest were also on the agenda of discussions between the two countries officials, especially issues related to Western Sahara, the situation in Libya and Sahel region and the Middle East, and also the Euro-Mediterranean cooperation. Issues related to illegal immigration, combating terrorism and climate change, international and regional coordination and solidarity in the current epidemiological context, all these issues were amongst discussed topics, the statement went on saying. 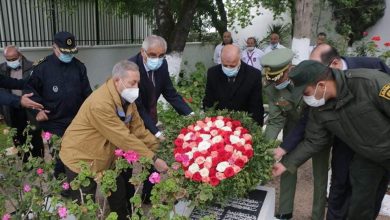 RND Secretary-General: President of the Republic provided sufficient guarantees for the transparency of elections