President of the Republic, Abdelmadjid Tebboune, revealed on Monday that Algeria will host an unifying conference for Palestinian factions in Algeria soon.

During a joint press conference with his Palestinian counterpart at the presidential palace of El Mouradia (Algiers), the President said : “as part of Algeria’s efforts to strengthen the Palestinian ranks by achieving Palestinian unity, I have on this basis obtained the approval of the Palestinian President Abu Mazen to bring all Palestinian parties together in Algeria as soon as possible.”

In this context, the President expressed his hope that the meeting will be “a prelude to the Arab unity that we aspire to, through the Arab summit that Algeria intends to embrace next March”.

The President of the Republic reiterated that Algeria seeks “to not perpetuate the principle of Arab differentiation and divisions”, expressing the hope that the summit of Algeria will be “united for the Arab rank, first of its priorities the Palestinian issue and then all other issues”.

The President stressed the need for the Palestinian issue, which is at the heart of the conflict in the Middle East, to be the mother of the issues, stressing that “security in the Middle East will be stabilized only by the establishment of a Palestinian state within the borders of 67 with al-Quds as its capital”. 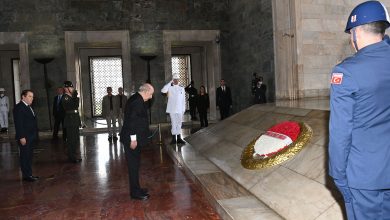 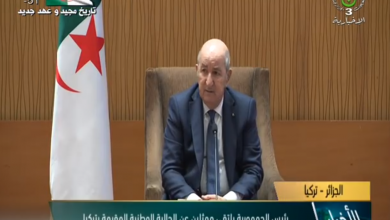