In the field of justice:

The government examined a preliminary draft law related to preventing and combating human trafficking, submitted by the Minister of Justice, Keeper of the Seals.

This draft law, which was initiated as a precautionary measure, considering that this phenomenon is completely strange and alien to our society, falls within the framework of adapting the national legislation to the relevant international mechanisms, especially the Protocol supplementing the United Nations Convention against Transnational Organized Crime, which aims to prevent, quell and punish trafficking in persons, especially women and children, known as the Palermo Protocol which was ratified in 2003 and which urges Member States, including those not affected by this phenomenon, to adopt a legal and institutional system in this field.

In the field of finance:

The government examined, a preliminary draft law amending and supplementing Ordinance No. 03-11 of August 26, 2003, relating to money and credit, submitted by the Minister of Finance.

The preliminary draft of this law, which falls within the framework of the comprehensive economic reforms program outlined by the President of the Republic, provides for fundamental reforms aimed at adding more transparency and stability to the country’s financial management through the inclusion of new monetary policy tools in order to achieve major economic goals.

In the field of public works:

The government examined a draft executive decree amending and supplementing Executive Decree No. 10-103 of April 1, 2010, which provides for the declaration of public utility for the process related to the preparation of road entrances to the new city of Bouinane (Blida), submitted by the Minister of Public Works, Irrigation and Basic Infrastructure.

In the field of health:

The Minister of Health presented a draft executive decree specifying the modalities for the payment of medical services by foreign persons at in public health structures and institutions, in implementation of the provisions of Article 300 of Law No. 11-18 of July 2, 2018, related to health.

This draft text aims to enable public health structures and institutions to respond to the significant increase in the number of foreign patients benefiting from treatment services throughout the national territory, as well as having special resources that can be allocated to finance certain activities and priority needs of health institutions.

In the field of drinking water supply in new neighborhoods:

The Minister of the Interior, Local Communities and Urban Development, the Minister of Housing, Urbanism and the City, and the Minister of Public Works, Irrigation and Basic Infrastructure, made a joint presentation on the problem of drinking water supply in new neighborhoods of the “AADL” agency and the National Company for Real Estate Promotion.

Finally, in the fertilizers industry:

The government listened to a presentation on the work carried out by the Ministry of Finance, the Ministry of Energy and Mines, and the Ministry of Agriculture and Rural Development, related to the progress made in the field of developing the fertilizers industry in Algeria, as well as the conditions for its marketing.

In this regard, it was pointed out that despite the fluctuations in fertilizer prices at the international level, as they increased significantly due to the rise in natural gas prices, the national market was supplied without interruption or disturbances. 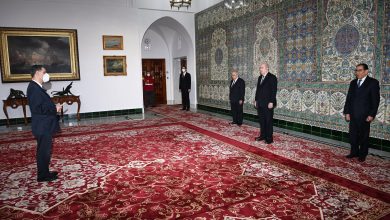 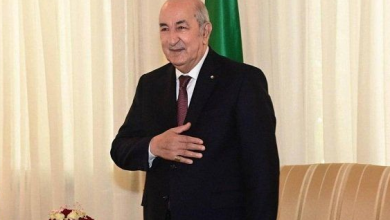