During the work of the second edition of the joint ministerial meeting between the African Union and the European Union, which was launched today in Kigali, Lamamra stressed that the partnership with the European Union must support the foundations of economic and social development, human development, and good governance, and promote national reconciliation that has been designed and implemented by African countries through the double equation which agrees between “unity and diversity” and “center and periphery,” adding that the issue of migration requires a holistic and long-term approach that looks at the root causes of the phenomenon and addresses them in a framework that respects international law to protect migrants and members of their families.

The Minister of Foreign Affairs and the National Community Abroad said that it is necessary to promote a pragmatic common vision to address the issue of migration, inspired by the principles of solidarity, cooperation and tolerance rather than the approach of security policies and the demonization of migration, which often spreads in the context of political and electoral calculations, stressing that Africa is open to all partnerships to which it was invited and where it finds its interests.

The head of diplomacy called on the countries of the European Union to consider and appreciate the diversity of Africa’s partnerships with the rest of the world as a natural and positive phenomenon, adding that Africa appreciates the partnership with the European Union and aspires through it to achieve qualitative and quantitative results to reach the desired ideal, starting by bypassing the trade framework that dominates the partnership relationship between African countries and European countries.

The communiqué of the Ministry of Foreign Affairs revealed that on the sidelines of the conference, the Algerian head of diplomacy held several working sessions and bilateral meetings with ministers and heads of delegations, such as the foreign ministers of Angola, Zambia, Denmark, Belgium, Luxembourg and Libya and Vice-President of the European Commission of the European Union, Josep Borrell. The meetings also dealt with issues on the meeting’s agenda, as well as bilateral relations between Algeria and those countries, in addition to the political and security files raised on the regional and international arenas.

The Minister of Foreign Affairs and the National Community Abroad, Ramtane Lamamra, is heading the Algerian delegation participating in the work of the second edition of the joint ministerial meeting between the African Union and the European Union, which kicked off today in Kigali, with the participation of the foreign ministers of the member states of the two organizations, as well as high-ranking officials in each of the Commission of the African Union and the European Union Commission.

According to the statement of the Ministry of Foreign Affairs and the National Community Abroad, the participating ministers began deliberations on the first axis on the agenda of this meeting and related to cooperation between the two organizations for the purpose of strengthening the capabilities of confronting factors that threaten security and peace in the African and European continents, as well as the files of good governance, immigration and the movement of people.

The heads of delegations also reviewed, under the second item of the conference, ways to encourage investment to bring about sustainable structural transformations in Africa, as well as to develop the competencies of the human factor in the fields of education, science and technology. 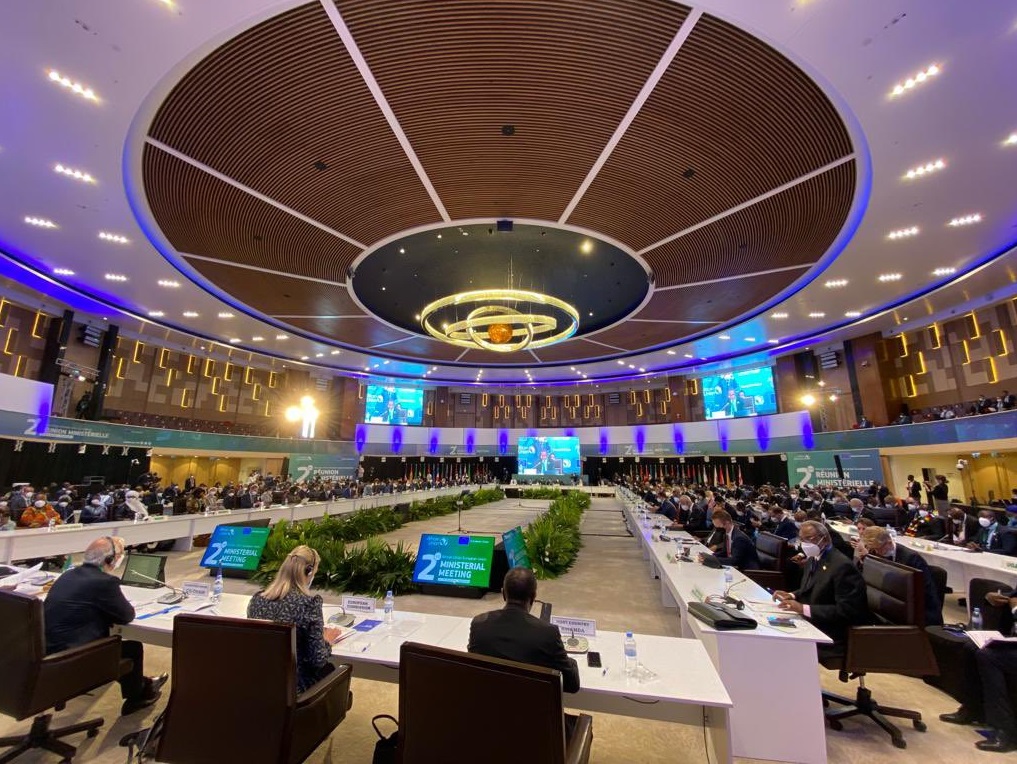