Security services of Algiers, represented by the judicial police squad in the security of the administrative district of El Harrach, managed to overthrow an association of criminals consisting of 8 people, including a woman, specialized in trafficking in psychotropic substances and narcotics with possession of white weapons, according to what was reported, today, Tuesday, by a statement of the same services.

The statement indicated that this case, which was carried out under the supervision of the regionally competent prosecution, enabled the same group to arrest (8) persons between the ages of 22 and 45, including a woman.

After the implementation of permits to search the homes of the suspects – adds the same source – the operation resulted in the seizure of 732 psychotropic tablets of various types, 6 banned white weapons of the sixth class of various types and sizes, an amount of money exceeding 100 million Algerian cents from the proceeds of trading in these toxins, a significant number of SIM cards, and a motorcycle used to transport and distribute these toxins.

After completing all judicial procedures, the suspects were brought before the judicially competent prosecution, according to the same statement. 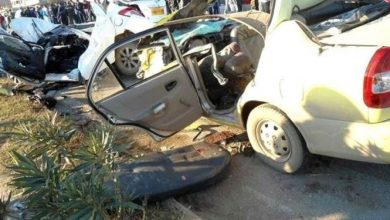