Minister of National Solidarity, Family and Women’s Issues, Kaoutar Krikou, gave the kickoff today, Tuesday,  in Skikda, to two caravans, one of solidarity and the other of awareness-raising.

The kickoff was given at the headquarters of the Skikda provincial Office on the occasion of the month of Ramadan.

The first caravan of solidarity concerns families that did not benefit from the financial aid for the month of Ramadan through the electronic application of the solidarity process during the holy month, while the second caravan is for raising awareness against the phenomenon of wastefulness during the fasting month of Ramadan, which is carried out by the community cells of the Directorate of Social Activity and Solidarity, which will also sensitize the elderly about safe fasting, according to the explanations given to the Minister when giving kickoff to the two caravans.

On the sidelines of her supervision of the launch of these two caravans, Mrs. Krikou praised the efforts of the community cells as well as the efforts of the national solidarity sector as a whole, which she considered “a sector that takes into account the humanitarian aspect before the professional one” as she put it, noting that the humanitarian aspect is what distinguishes the solidarity sector that carries out “Dual Objective” campaigns.

Mrs. Krikou added that, during the health crisis related to the Coronavirus, community cells have proven their effectiveness by supporting civil society through 276 community cells at the national level.

The Minister of National Solidarity urged the community cells of the province of Skikda, which are active in the awareness caravan that started today, to focus on sensitizing the elderly in remote areas about the need of being cautious during their fasting, especially that most of them suffer from chronic diseases in addition to focusing on social investigations regarding needy families.

For her part, Ms. Samia Jellab, the Director of Social Activity and Solidarity in the province of Skikda, stated that the solidarity caravan, which was launched today, Tuesday, is destined to 507 families who did not benefit from the financial aid for the month of Ramadan through the electronic application of the solidarity process distributed through the municipalities of Al-Chrayaa, Al-Sebt, Ben Azzouz Zerdaza and Beni Welban, indicating that there are 58,840 needy families registered across the entire territory of the province in the same application.

These subsidies, which were collected in coordination with the Directorate of Trade of the province of Skikda, include all the basic foodstuffs, including oil, semolina, sugar, tomatoe, milk, pasta and others, according to the same source.

With regard to the second caravan of sensitization to fight against the phenomenon of wastefulness during the month of Ramadan, Mrs. Jellab reported that the six community cells located in the province of Skikda and which consist of doctors, psychologists, educational assistants and consultants in addition to agents from the Trade Directorate will work to sensitize citizens throughout the fasting month of Ramadan about the need to rationalize their consumption To avoid wastefulness.

The visit of the Minister of National Solidarity, Family, and Women’s Issues continues by inspecting the workplaces of women benefiting from the mechanism of the National Agency for Microcredit Management in both Tamalous and Al Hadaek, as well as visiting breakfast restaurants and the solidarity community market in Skikda, as well as inspecting the nursing home care for the elderly before supervising the distribution of bank bonds to the beneficiaries of loans within the framework of the National Agency for Microcredit Management and certificates of benefiting from commercial stores, as well as distributing equipment to people with specific needs.

Use of economic lamps initiation in the Temassine roads in Touggourt 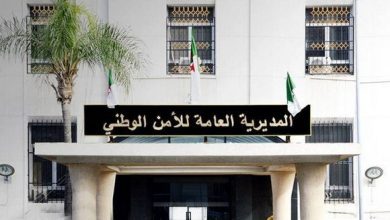 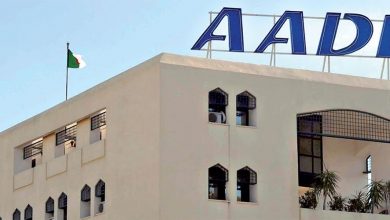 AADL suspends reception of subscribers until next February

Security Services of Algiers province: dismantling of a gang specialized in shoplifting