The “El Djeich ” Magazine has stressed, in its December issue, that the Moroccan Makhzen proved that it “ continues the last chapter of treason and conspiracy against the Palestinian cause with the aim of liquidating it for the benefit of Zionism.”

The magazine wrote in its editorial that, “The bad neighbor not only betrayed the Palestinian cause, but its servitude reached the point of allowing the Zionist entity to establish a foothold in an area that until recently was difficult and forbidden.”

It also pointed outto the stakes involved in the course of normalization adopted by Morocco, including turning a blind eye to its occupation of Western Sahara and the oppression of its people.

It wrote in this regard: “It is very clear that the Makhzen regime, which is trying to appear before the international community as a peaceful state not hostile to the Zionist entity, despite its violation of the legitimate rights of the Palestinian people and its occupation of the lands of Arab countries, and their annexation, in return for turning a blind eye to its occupation of Western Sahara, the displacement of its people and the tapping of its resources.”

In addition to all this, the magazine continues, “allowing foreign companies to plunder the resources of the Saharawi people and trying to impose a fait accompli policy by ignoring the decisions of international legitimacy.”

In a related context, the same issue stressed that the situation the region is going through requires strengthening the bonds of national unity. On this basis, “the declared and hidden war being waged against our country, and the fierce attacks using what is known as the new generation wars, will be doomed to abject failure in front of the people’s awareness of this sensitive stage.”

Among Morocco’s goals behind this alliance is to target Algeria, as the magazine pointed out that “the Moroccan Makhzen is escalating its hostile actions against our country” “by forming alliance with an oppressive entity and extending its cooperation with it to include the military and security side.”

The magazine referred to the attempts to undermine the foundations of the state at a time when the process of national edification continues, the last of which was the organization of municipal and provincial elections.

In this regard, it stressed that these attempts are being confronted by state institutions “with strength, firmness and steadfastness”, as they “thwarted some of them in their beginning and exposed some others.”

This response falls into the category of “the approach that our righteous martyrs wrote with their pure blood,” adds the editorial, which stressed that this approach will make Algeria “despite the plots of the enemies, a strong and fearful country, adhering to its principles, especially non-interference in the internal affairs of countries and the establishment of cooperative relations with others.”

Going back to the local elections, the editorial indicated that by carrying out these elections, “the state will have been provided with traditions of a new republic worthy of a modern state, and another building block within the series of comprehensive institutional reforms included in the presidential program with the aim of consolidating trust between the citizen and state institutions.”

It also mentioned that the People’s National Army, as usual, within the framework of its constitutional duties, was on time, by “ securing those elections, without recording any violations or disruption of the electoral process.”

These achievements, which were made “in a short time and according to a carefully studied timetable” will enable the Algerian people to “gradually fulfill their hopes and aspirations, which will reflect positively on their daily life and expose once again the intentions of the advocates of despair and those who support them and stand behind them.”

The magazine concluded by emphasizing that Algeria is welcoming a new year, “in which we will be stronger and more united in the face of all those who try to harm our people and harm our state.”

In this regard, it stressed that the People’s National Army “will remain, as we have promised, at the service of Algeria and its people. It will not be influenced by rumors and will not care about lies.” And will be in the face of enemies and traitors and loyal to the principles of the first of November and faithful to the legacy of the righteous martyrs. 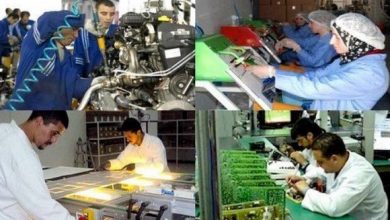 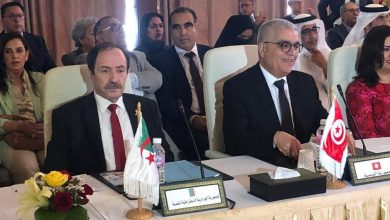 ALECSO 26th Conference: Mr. Belabed reviews the gains and challenges of the education sector in Algeria