The General Directorate of National Security called on today, Monday, on the occasion of the national team’s play-off match against Cameroon, which will be held at the Mustapha Tchaker stadium in Blida, supporters to avoid purchasing tickets to enter the stadium from private sources or through social media, in order to avoid exposure to any fraud or forgery.

The directorate also confirmed in a statement that it is forbidden to carry or bring fireworks and candlesticks into the stadium, and the statement indicated that “anyone caught in possession of a forged entry ticket or fireworks will be arrested and brought before the judicial authorities.”

The General Directorate of National Security advises to avoid moving to Mustapha Tacher Stadium or being in its surroundings, tomorrow, Tuesday, March 29, 2022, for anyone who does not have a ticket to enter the stadium.

The statement added that tomorrow, Tuesday, March 29, 2022, starting at 06:00 am, some roads leading to the city center of Blida, passing through Mustapha Tchaker stadium, will be closed, so that drivers and road users will be notified of the traffic chart lined on this occasion, later. 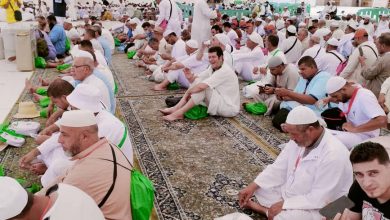