Palestinian President Mahmoud Abbas affirmed, Monday here in Algiers, that the Palestinian side is “optimistic” about the hosting by Algeria of the Arab summit next March to reunite the Arab nation, reiterating that any Algerian effort aimed at achieving Palestinian unity is welcomed.

In a joint press conference with the President of the Republic, Mr. Abdelmadjid Tebboune, President Abbas expressed his hope that the summit to be hosted by Algeria, “which brought together the Arabs and the Palestinians, would be an opportunity to unify the efforts of the Arab nation and to include all Arabs.”

The Palestinian President also expressed “confidence in the good organization and management of this Arab event under the wise leadership of President Tebboune, and the generous hospitality of the leadership, the government and the proud Algerian people who adhere to the issues of their Arab nation, foremost among which is Palestinian cause.”

Following his meeting with the President of the Republic, Mr. Abbas highlighted that Algeria, “the country of one and a half million martyrs, has always backed in deed and in word Palestine and its people,” adding that “Algeria presented an honorable liberation and humane model, and it has always defended its nation and its just national issues and national rights, notably the Palestinian cause.”

He indicated that he had discussed with the President of the Republic, Mr. Abdelmadjid Tebboune, “many issues of common interest, and briefed him on the latest developments on the Palestinian issue”, in addition to discussing strengthening cooperation relations between the two countries and the importance of coordinating positions in light of the next Arab summit”.

President Abbas stressed the necessity of holding an international peace conference in accordance with the resolutions of international legitimacy, with the aim to end the occupation of the land of the State of Palestine, with Jerusalem as its capital.

However, the Palestinian president warned that “if the occupation authorities continue their tyranny and aggressive practices against our people and our land, we will have our options and measures.”

On the other hand, he affirmed the continuation of work to unify efforts and “form a national unity government in which all the participating forces believe in international legitimacy.”

On the occasion, the President of the State of Palestine thanked the President of the Republic and the Algerian diplomacy for the great role is playing in supporting the Palestinian cause in international forums, especially in the African Union, and the importance of continuing bilateral coordination between the two countries.

President Abbas touched on the situation in the Palestinian territories, which he said is “all suffering”, especially because of the Israeli occupation practices, which worsened under the previous US administration.

He pointed out that he noticed in the new US administration has a new discourse, “which we expect will be translated into reality by recognizing international legitimacy and putting pressure on the Israeli side to stop all its colonial activities, especially in Jerusalem and Sheikh Jarrah and the reopening byWashington of its closed consulate.” 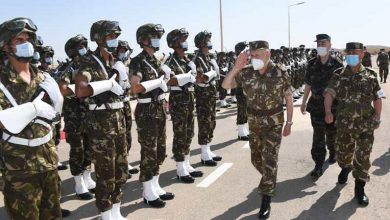 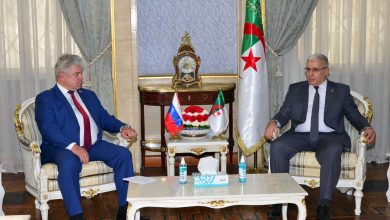