California Department of Public Health has detected a new variant of the Covid 19 different from the first one discovered in Britain, the new strain is increasingly being identified in multiple districts of the state amid experts’ warnings on its vaccine resistance probability.

Media sources quoted, from a document issued by the local public health agency, that the new variant known as L452R which was first detected in Denmark in March 2020, has been identified in California early May and spread in the state, mainly in Santa Clara.

The document indicated that the strain “L452R” has been monitored more frequently since November, adding that it is too early to know the extent of the spread of the Covid 19 new variant in the state, national or global levels.

In genome sequencing laboratories, detection of the new strain rose from 3.8 percent of samples to about 25 percent in less than a month, according to Charles Chiu, a virologist and professor of laboratory medicine at the University of California, San Francisco.

According to Dr. Charles Chiu, virologist and professor of laboratory medicine at UCSF, Genomic sequencing in laboratories show that detections of the new variant increased from 3.8 per cent from samples to around 25 per cent in less than one month

According to the California Department of Public Health, it is common to identify new virus strains, adding that the department is working in collaboration with Centers for Disease Control and Prevention, local public health departments and laboratory sequencing partners to learn more about the strain, including how it spreads.

Santa Clara County Health Officer Dr. Sara Cody stated that the fact that this variant was identified in several large outbreaks in our county is a red flag, this virus (Covid 19) continues to mutate and adapt, and we cannot let down our guard. 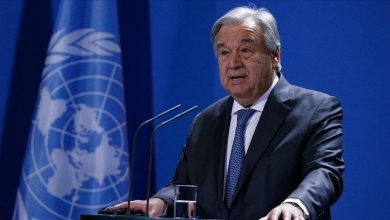