Moroccan Front for Support of Palestine and Against Normalization condemned the repression of the Makhzen security forces against the protests against normalization with the Zionist entity in the cities of Khenifra and Quneitra, in the context of the protests it organized in more than 30 cities yesterday, Saturday.

The Front considered – today, Sunday – that what the two stands were subjected to is “evidence of the neither legitimacy nor popularity of normalization decisions, and the lack of popular support for normalizing policies, and confronting them with prevention and repression to please Zionism and its imperialist protector.”

The front expressed its “pride for the continued vigilance of all segments of the Moroccan people, in all regions, in their principled support for the just cause of the Palestinian people and their rejection of any relationship with the Zionist criminals,” stressing that the response of dozens of cities and thousands of citizens is “a clear popular message.” 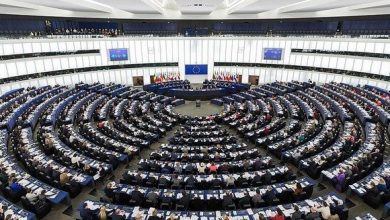