Speaker of the Council of the Nation, Salah Goudjil, affirmed today, Saturday, in Algiers that Algerian youth are interested in continuing the process of construction and development in order to raise the voice and word of Algeria in international forums.

During a virtual international scientific symposium entitled “The centrality of youth in the renaissance of nations: resistance, liberation and construction … Algeria as a model”, organized by the Higher Council for Youth, under the slogan “We cherish our history and build our future”, as Mr. Goudjil mentioned the struggle and sacrifices of the youth of the national liberation revolution and their role in restoring the achievement of national sovereignty, highlighting that “today’s youth are concerned with continuing the process of construction and development and raising Algeria’s voice in all international forums.”

For his part, the Adviser to the President of the Republic in charge of Archives and National Memory, Mr. Abdelmadid Chikhi, valued the establishment of the Supreme Council for Youth and the National Observatory for Civil Society, which – as he said – “establish the work and contribution of young people to play the role assigned to this important segment in the renaissance of the nation on the one hand and preserve  its history, identity and collective memory on the other hand.”

On the sidelines of the symposium, the head of the Higher Council for Youth, Mustapha Hidaoui, said that “the council seeks to carry out its role aimed at accompanying young people as a major actor in the dynamism that has distinguished Algeria today on more than one level.”

In the same regard, he referred to the activities organized by the Council in conjunction with the celebrations commemorating the 68th anniversary of the outbreak of the liberation revolution and ending with the organization of this event, which worked on “building the collective awareness of young people with the aim of urging them to carry the torch of building the future of Algeria.”

He said that the council “as an institution placed under the tutelage of the President of the Republic, Mr. Abdelmadjid Tebboune, will work to communicate the voice of Algerian youth from inside and outside the country,” stressing that “work is underway to form a database of the competencies of Algerian people in various countries of the world in order to build bridges of cooperation with all capabilities that can contribute to building the nation. 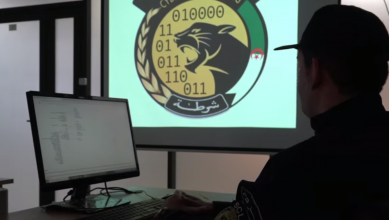 Details of a criminal plan prepared from Morocco and targeting children on Facebook, unveiled

Algeria moves towards the consecration of the democratic act