The election campaign for the legislation of June 12 will start next Thursday (May 20), and will end 3 days prior to the appointment between the contestants for the seats in the National People’s Assembly, in accordance with the requirements of the new organic law related to the electoral system.

On the sidelines of the process for granting political parties and independent electoral lists their identification numbers for their participation in future legislation, Mr. Chorfi said that “The election campaign for the legislation of June 12 will start on May 20,” noting that it was previously scheduled to start tomorrow, Monday, May 17th.

The election campaign for the legislation of June 12 will be revitalized in light of the provisions of the law relating to the prevention of corruption and the penal code, and this legal framework will “ensure that the vote is protected from abusive acts aimed at disrupting its normal functioning and citizens’ freely exercising their electoral right.”

It has been determined how the state shall cover the electoral campaign expenses for young free candidates under the age of forty years, “in the context of encouraging independent nominations for young people to participate in political life, as the state shall cover the expenses of the election campaign for young free candidates for the expenses” related to “document printing, publishing, publicity, hall rental, and transportation”.

On a related level and within the framework of the new arrangements aimed at removing corrupt money from the electoral process in all its stages and tightening the screws on those who try to resort to using it, this campaign will be conducted under the microscope of an “independent committee at the Independent National Elections Authority” composed of representatives of the bodies that will monitor public morals and the legitimate management of the state, that is, the State Council, the Court of Accounts, as well as the Supreme Court.

The head of the Independent National Authority for Elections, Mohamed Chorfi, during the identification numbers drawn for the candidates for the next vote, called on the political class to demonstrate and adhere to the rules of fair, honest and democratic competition, so that “the real breakthrough in Algeria is reflected in the image of the new parliament.”

It is worth noting that the number of lists accepted “completely” and “without reservation” to participate in this election race has reached 1483 lists, including 837 lists of free candidates, compared to 646 party lists, according to what Mr. Chorfi said earlier. 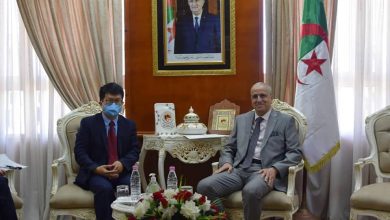