Chief of Staff of People’s National Army, Lieutenant-General Saïd Chengriha gave, during a visit he paid, today, Monday, to the National School of Military Health in the First Military Region, instructions aimed at establishing a “new dynamic” to improve the “sensitive” military health sector, according to a statement by the Ministry of National Defense.

On the same occasion, the Chief of Staff of the People’s National Army affirmed that “the health sector of  People’s National Army, the heir of the National Liberation Army, must continue its persistent endeavors aimed at strengthening cohesion and strengthening the bonds of unity and harmony between our valiant people and their army, especially during disasters and crises, such as the qualitative contribution and strenuous efforts you all made to address  COVID-19 pandemic.

In this regard, the Chief of Staff of  People’s National Army noted “the vital role played by military health employees, including professors, specialists, doctors and nurses, in confronting this pandemic, and contributing, alongside their counterparts in the civilian health sector, to overcoming it.”

Finally, Lieutenant-General Chengriha “gave a series of directives related in particular to the ethics of medical work, good reception and guidance, as well as psychological care for the sick and injured, in addition to ensuring the periodic maintenance of medical equipment owned by military hospitals and the need to ensure coordination and integration of roles among the various military health structures “. 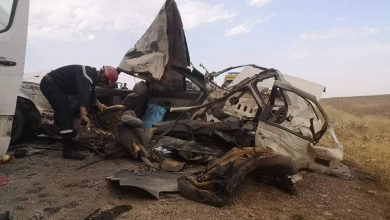