The deputies approved during their public session, chaired by the Speaker of the People’s National Assembly, Ibrahim Boughali and which was attended by the Minister of Justice and Keeper of the Seals, Abderachid Tabbi, and the Minister of Labour, Employment and Social Security, Abderrahmane Lahfaya, as well as the Minister of Relations with Parliament, Besma Azour, Representing the Minister of the Interior, Kamel Beldjoud, the draft laws submitted to them for voting, which consist of 12 presidential decrees related to the sectors of interior and local communities, justice, labor and social security, as well as defense and finance.

The Minister of Justice and Keeper of the Seals and representative of the government, Abderachid Tabbi, indicated in his opening speech, that these presidential decrees that had previously been presented to the State Council and the Constitutional Council and had been discussed and approved by the Council of Ministers before being issued by order of the President of the Republic “are among the political reforms ordered by the President of the Republic, Mr. Abdelmadjid Tebboune”.

The minister added that the President of the Republic “attached great importance” to preparing a new organic law for elections, and that was among his “political priorities” after amending the constitution, in order to reform legitimate elected councils resulting from fair elections that express the will of the people and assign them the power to discuss and adopt economic reforms, structure and build the new Algeria.

The Minister recalled, on the occasion, the committee that was formed, and which is made up of professors specialized in constitutional law, with the consultation of the political class and various civil society actors in its preparation, given the “important and essential” nature of this text, which aims to establish a new stage in Algeria.

With regard to the draft law containing Ordinance No. 21-08, which amends and supplements Ordinance of June 8, 1966, which includes the Penal Code, the Minister of Justice said, that it aims to “strengthen the provisions of penalties and provisions related to combating terrorism and fighting some dangerous forms of crime that have beset the country and its institutions in recent years,” and which were reflected by a spate of attacks, such as those that came through social media “at the behest of people and entities linked to terrorism and that take the form of collective movements threatening peace and public security.”

In this regard, he added that Algeria “is obligated, like other countries, to protect its territorial integrity and to take measures at the same level of the seriousness of the acts committed, and to implement the mechanisms adopted in this field internationally, regionally and in many countries.”

The Minister also highlighted in this regard that this law will allow “the registration of persons and entities linked to terrorism in a national list called the blacklist of terrorism.”

Regarding the Law No. 21-09 of June 8, 2021,on the Protection of Information and Administrative Documents, which was approved, the Minister of Justice explained, that it aims to address the various forms of crime that target information and documents and to “control” the actions of a public official that sometimes witness a “deviation” that affects state institutions, without exception. 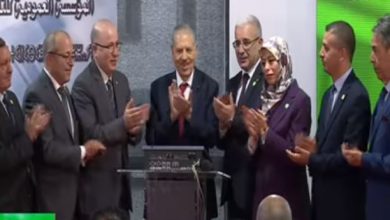 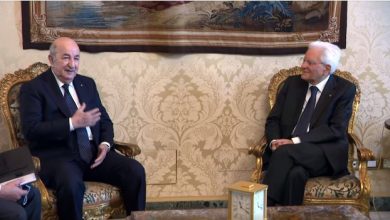 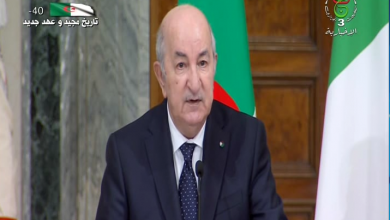 President of the Republic Abdelmadjid Tebboune: Proposal to set up submarine cable between Algeria and Italy