The operation of the compensation of farmers affected by the fires that ravaged some provinces of the country last August, officially kicked off yesterday, Thursday in the province of Tizi Ouzou starting with cattle breeders.

The kickoff for the operation was given by Triaa Miloud, advisor to the Minister of Agriculture and Rural Development, Abdelhamid Hamdani, from the pilot farmhouse of Lazari in Draa Benkheda, as was observed on the spot.

As part of this operation, 27 breeders benefited from sheep and cows or both (3 affected out of 27 benefited from cows and goats) and received their cattle in the afternoon, according to the local directorate of agricultural services.

About 600 heads of cows, 3000 sheep and 2500 goats were acquired as part of this operation, which was launched in implementation of the directives of the President of the Republic, Mr. Abdelmadjid Tebboune, related to the rapid compensation of the impacted people throughout the provinces affected by the fires to allow them to resume their activities, as confirmed by Mr. Triaa.

Several beneficiaries hailed this operation, such as a woman from Larbaa Nath Irathen, one of the municipalities most affected by the recent fires, who stressed that “thanks to the state’s initiative, her family will be able to resume breeding cows and sheep, which represent its only source of livelihood.”

The advisor also confirmed that compensation for farmers who lost their orchards and fruit trees will take place during the month of October, coinciding with the launch of the forestation campaign that responds to climatic requirements.

As for the compensation of beekeepers affected by the recent fires, it has been programmed during the coming spring in order to ensure the success of the revival of this branch. 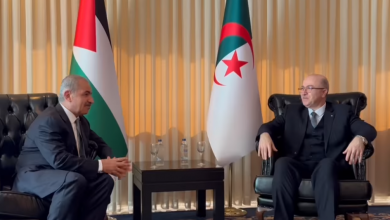