The Spanish Coordination of Solidarity Association with the Sahrawi People called, during a massive demonstration organized, yesterday, Saturday, in the Spanish capital, Madrid, for the organization of a referendum for self-determination in Western Sahara occupied by Morocco.

The demonstration – organized under the slogan “You will not silence us, Western Sahara is free now and the only solution: self-determination” – started from the Atocha Street in the center of Madrid towards Santa Ana Square.

The demonstrators raised Saharan flags and banners bearing slogans calling for “peace for the Saharawi people and their right to self-determination, justice and respect for human rights in the occupied Saharan territories.”

The head of the coordination, Xavier Serra, stated that the aim of this demonstration is “to demand the organization of a referendum for self-determination of the Saharawi people, and to condemn the exploitation of the natural resources of the Sahrawi lands, through illegal agreements between the European Union and Morocco.” and call on the Spanish government to intervene directly in resolving this dispute in a just and final manner.”

It should be noted that this demonstration was organized on the occasion of the 47th anniversary of the signing of the Madrid Tripartite Agreement, through which Western Sahara was subject to division and occupation by Morocco since 1975. 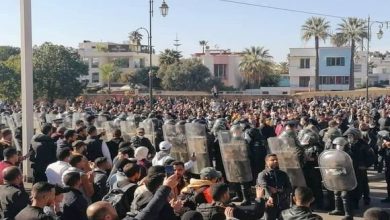 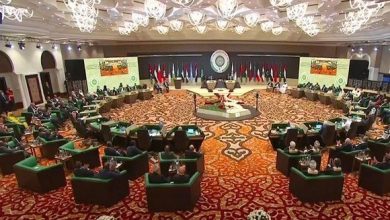