Five members of the same family died in the commune of Kouba (Algiers), following carbon monoxide gas poisoning (CO) emanating from the water heater of their home, civil protection services of the province of Algiers said Saturday.

Civil protection services recorded on Friday afternoon a tragic accident following the death of five members of a family intoxicated by CO emanating from the water heater of their home, said Lieutenant Khaled Benkhalfallah, in charge of information at the direction of the civil protection of Algiers.

The victims are 52-year-old father, his 51-year-old wife and their three boys aged between 13 and 21.

The bodies of the victims were transferred by the agents of the civil protection to the morgue of El-Alia, while investigation was opened by security services to determine the circumstances of this accident.

Lieutenant Benkhalfallah called for more vigilance and cautions to avoid such accidents, insisting on the respect of safety rules and standards when using gas-powered equipment and their periodic control. 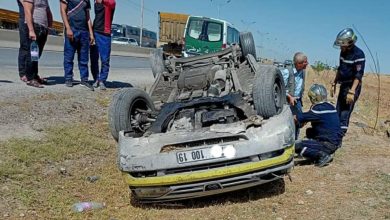